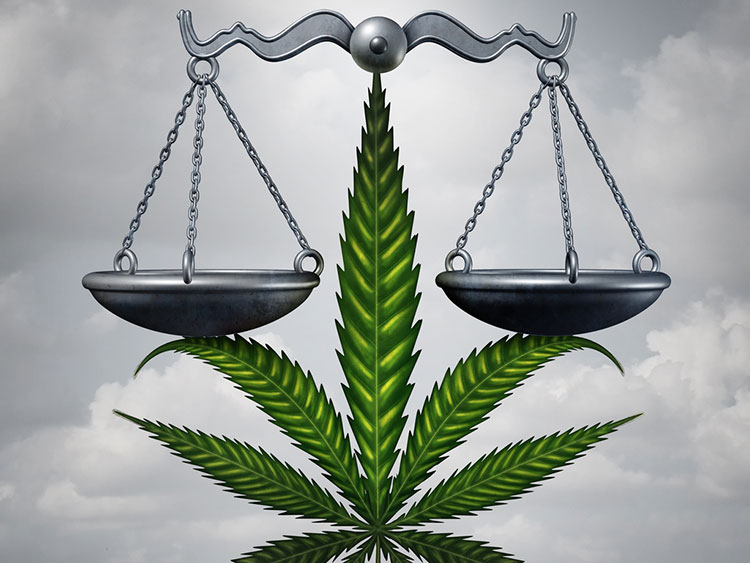 Where Employees Stand with California Law and Marijuana Policy

Over the past several years, polls have shown the highest approval yet of marijuana use. Today, nearly 1 in 8 adults report using marijuana. Medical studies have shown both productive and harmful aspects of its use. Eight States and the District of Columbia have legalized recreational use and more than 20 states allow for limited use of Marijuana. California joined these ranks in 2018. While Cities and Counties struggle with licensing, fire standards, and local taxes– the employee has other things to consider, such as the effect that marijuana use could have on their employment.

Although marijuana use is becoming more common, there are only very limited protections for California employees. No legislation has been passed to protect employees from discrimination based on marijuana use. Nor can drug testing be vetoed or discredited, even when use is prescribed to someone qualified by a medical marijuana license. Employers are able to test for THC and CBD (the most prevalent chemicals in marijuana) and can fire or hire based on the results. Unlike testing for other drugs and alcohol, THC can remain in a person’s system for weeks after its use. Despite legalization there is no scientific basis for chemically testing what effect the drug is having on an individual at the time of testing. Therefore, there is no standardized or accepted amount in the blood that shows the level of impairment. In the absence of proper testing, many public agencies are taking the conservative policy of firing upon discovery of any trace of THC or CBD, despite the reason or timing of its use.

For public servants in particular, the prohibition on use is particularly strong as marijuana is still considered a Class A substance, the class of drugs considered to have the highest potential for abuse.  Public agencies within California have to be concerned about adhering to federal law as most agencies receive funding from the federal government and have employees driving under DOT regulations. Therefore, public servants are held accountable for any amount of THC or CBD in their system.  It is best to err on the side of caution and keep your employment in mind when considering your actions off the clock.

Because State statutes in this area are fairly new, there has been little opportunity for judicial interpretation of these laws.  Compounding the uncertainty for employees is that federal law continues to prohibit marijuana use for any reason.   The most pressing question for employees today is whether they may lawfully be disciplined if they test positive for marijuana. The answer, generally, is yes.   Some jurisdictions have produced case law supporting an employer’s right to terminate employment when an employee tests positive for marijuana.  Whether an employer can discipline an employee for off-hours and off-site use or influence, when it is pursuant to a valid prescription, or for off-hours and off-site recreational use (in recreational marijuana states), remains an open question.  Some states—including California have statutes or case law which direct that employers may lawfully implement zero-tolerance drug use policies, regardless of the legality of marijuana use under state law. As marijuana laws evolve and expand, these laws may be reconsidered.

A difficult question for employers and employees, involves off-site, non-work hour, legally prescribed marijuana use by employees who qualify as “disabled” under state law and/or federal laws, when that off-site, non-work hour marijuana use results in a positive drug test. Although no state laws provide protection for disabled employees who appear for work intoxicated by, or “under the influence” of illegal drugs, regular marijuana use can result in a positive drug test after an employee is no longer “under the influence” of the drug.  Both State and Federal laws require employers to provide reasonable accommodation for qualified employees with a disability. Some state laws, make it illegal to discipline an employee for marijuana used during non-work hours pursuant to a valid prescription however, California has no such law at the present time.

Guidance on the above issues will continue to merge as marijuana statutes are interpreted by the courts. If courts continue to defer to federal law when evaluating claims brought under state marijuana laws, employers will be able to continue to enforce zero-tolerance drug policies and to discipline employees who fail drug tests as a result of marijuana use. The bottom line for both private and public sector employees is that you must be aware of both the state of the law, the policies of your organization as well as any rights provided under any existing collective bargaining agreement. (CBA).  Do not assume that off-site and off-duty marijuana use will automatically be excused if you have a lawful prescription or legally obtained recreational marijuana.  You may still be subject to discipline for testing positive for marijuana.