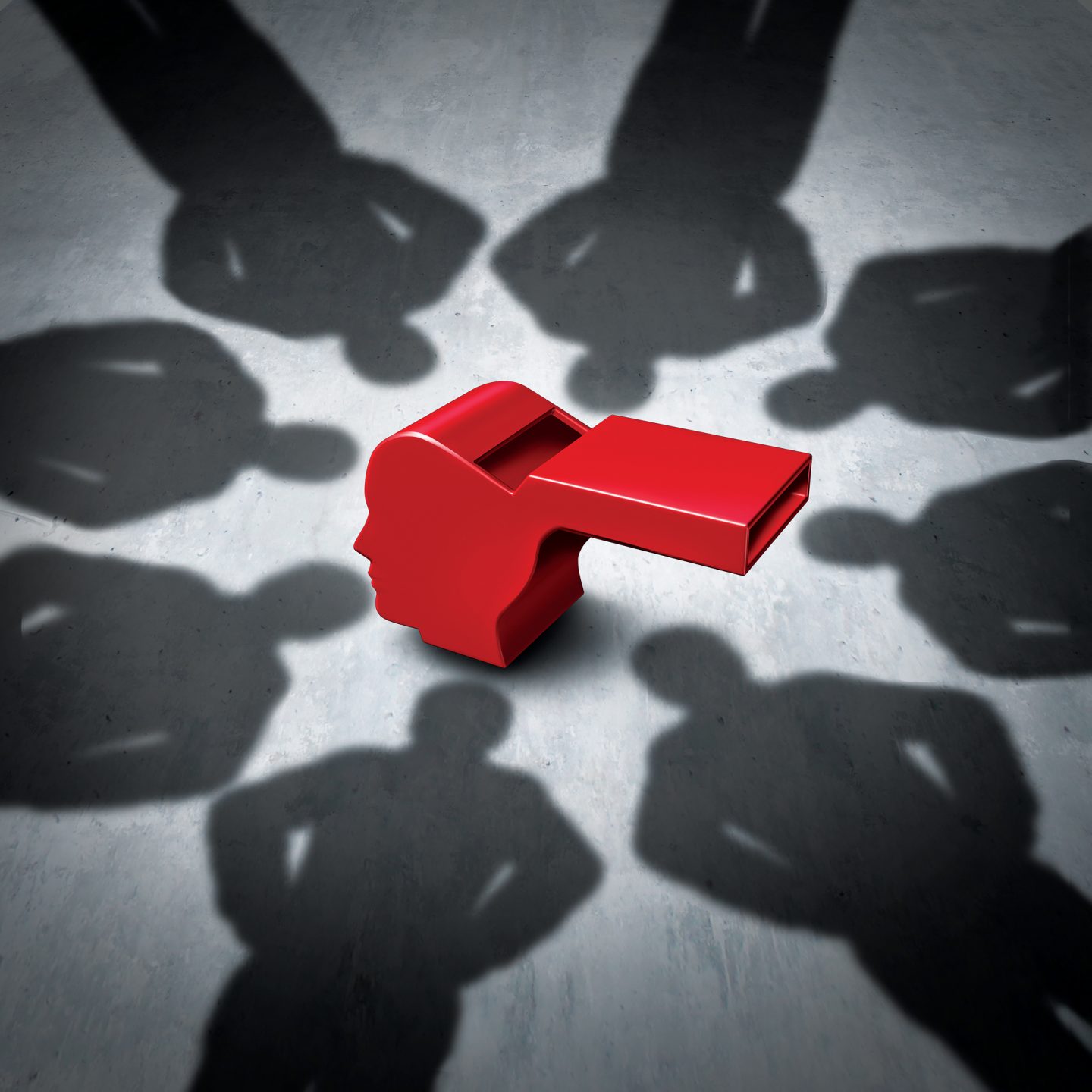 Federal Employees who report fraud, mismanagement, a gross waste of funds, an abuse of authority or a specific danger to public health and safety, are protected by a Federal Statute known as The Whistleblower Protection Act of 1989, 5 U.S.C. 2302(b)(8)-(9).  A Federal Agency may be found to have violated this Act if they take a retaliatory personnel action against any employee or applicant for employment, because that individual disclosed such information.  Whistleblower complaints are investigated by the Office of Special Counsel, (OSC) an Agency of the Federal Government.  The primary mission of the OSC is to safeguard the merit system by protecting Federal Employees and applicants from prohibited personnel practices, especially retaliation for whistleblowing.

Once a Federal Employee reports conduct covered by the Act, to the OSC, the OSC will initiate an investigation.  Besides establishing that the Agency engaged in the conduct alleged, the Federal Employee must have suffered an adverse employment action.  Merely reporting misconduct is not enough, if the Whistleblower has not suffered some form of retaliation. Within 240 days of receipt of a complaint, the OSC must make a determination as to whether there are reasonable grounds to believe that a prohibited personnel practice has occurred.  If a positive determination is made, the Special Counsel must transmit the information to the appropriate agency head and require the agency head conduct an investigation and submit a written report.  The Special Counsel then reviews the reports as to their completeness and the reasonableness of the findings and submits the reports to Congress, the President, the Comptroller General, and the complainant.  Throughout its investigation, the OSC must give notice of the status of the investigation to the individual who brought the allegation.  If, in any investigation, the Special Counsel determines that there are “reasonable grounds to believe” a prohibited personnel practice exists or has occurred, the Special Counsel must report the findings and recommendations, and may include recommendations for corrective action, to the MSPB, the agency involved, the Office of Personnel Management and, optionally, to the President.

The WPA made it easier for a complainant to prove retaliation for whistleblowing in a corrective action before the MSPB. The Special Counsel need only prove by a preponderance of the evidence that the disclosure was a “contributing factor” in the personnel action, instead of a “significant factor.”   In addition, once the MSPB renders a final order or decision, complainants have the right to judicial review in the U.S. Court of Appeals for the Federal Circuit.  In what is probably the most significant change from the Civil Service Reform Act, the WPA increased the standard by which an agency must prove its affirmative defense that it would have taken the personnel action even if the employee had not engaged in protected conduct. Once the complainant’s prima facie case of reprisal has been established by showing that the whistleblowing was a contributing factor in the personnel action, the government is required to demonstrate by “clear and convincing evidence” that it would have taken the same personnel action even in the absence of the disclosure rather than a preponderance of the evidence.

To prevail in a case brought under the Whistleblower Protection Act, the employee, must prove that; (1) he/she is a person covered under the statutory or common law relied upon; (2) he/she engaged in protected whistleblower activity; (3) the Agency knew or had knowledge that the plaintiff engaged in such activity; (4) there was retaliatory action taken against the one doing the whistleblowing; and (5) and that the unfair treatment would not have occurred if the plaintiff hadn’t brought attention to the activities.  This last element is the most difficult to prove and often these cases are dismissed based on a failure to establish that element.  In effect, this last element requires that the Whistleblower prove, that the Agency’s stated reason for taking an adverse action against the Whistleblower, is false, and that the true reason was retaliation.  In practice, this is extremely difficult, as the Agency will always be able to state some legitimate reason for taking the adverse employment action.  That is why the Judges in these cases overwhelmingly rule for the Agency.

Despite the difficulty in winning these cases, Federal Employees should always file Complaints under the WPA, if they believe they have encountered retaliation, after reporting conduct that is covered by the Act.   If retaliation is proven, you may be able to obtain back pay and benefits, attorneys’ fees, a clean record, and other costs. Additionally, officials who retaliate may be subject to disciplinary action such as demotion, removal, suspension, and fine.  We strongly advise any Federal Employee, who believes they have been subjected to retaliation because of whistleblowing, to file a Complaint with the OSC.  Generally, it is advisable to retain experienced counsel to assist you in pursuing a Whistleblower complaint.  Attorney’s fees are recoverable by any employee that prevails in a WPA complaint.

All Federal Employees should know their rights under the Whistleblower Protection Act. Furthermore, no Federal Employee should be afraid to report conduct which he or she reasonably believes constitutes fraud, waste, abuse or gross mismanagement.  The WPA was specifically passed to protect Federal Employees and to encourage you to report the conduct covered by the Act.

Understanding Sexual Harassment and How to Report It