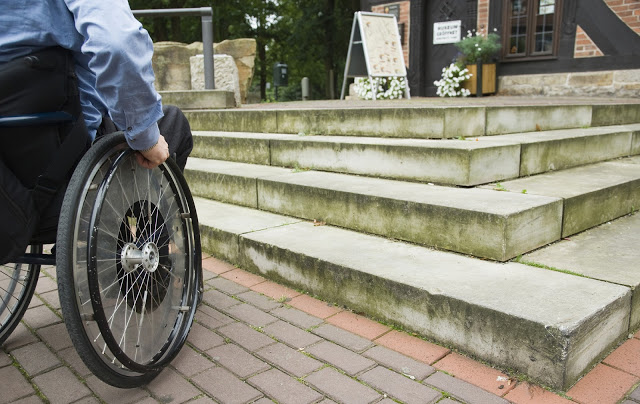 The Americans with Disabilities Act Protects Us All

The protections of the Americans with Disabilities Act (ADA) are pivotal to us all.  Even though many of us may be completely able at a given moment, our ability level is likely to vary throughout our lifetime.

The ADA is the most comprehensive federal civil-rights statute, protecting the rights of people with disabilities. It affects access to employment; state and local government programs and services; access to places of public accommodation such as businesses, transportation, and non-profit service providers; and telecommunications.

The  ADA is expansive in addressing barriers to participation in mainstream society. The ADA’s civil rights protections are parallel to those that have been established by the federal government to protect women, and racial, ethnic and religious minorities.

As a college student my capabilities were hindered when I sprained my ankle.  Suddenly I became very aware my classes were on the third floor of a building with no elevator.  Classes were not accessible to anyone without the ability to walk.  Further, when I was pregnant and after the birth of my daughter, I realized how a perfectly healthy person could be significantly impacted by physical limitations.  And these were temporary conditions.  As we get older, the likelihood of experiencing a disability over sixty years old increases to almost 40% with 18% of the general population reporting a disability.

Beyond those of us who are or will become disabled, accessible public areas benefit us all.  For example, even though I am able bodied I prefer to push a stroller down a sidewalk with a ramp.  In restrooms, I frequently see women using the ADA accessible stalls so they can watch all of their children while using the restroom. The same access and space that people with disabilities need are there for us when we need them.  At least I sure hope they are.

While we still have a long way to go, one of the greatest successes of the ADA is that people are beginning to look at disabilities in a different way. Professor Robert Silverstein of George Washington University wrote, “Disability, like race and gender, is a natural and normal part of the human experience that in no way diminishes a person’s right to live a normal life and participate in mainstream activities.”